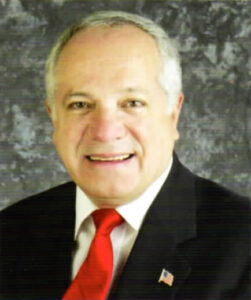 Marquis Who’s Who has presented Jorge Ribas, DVM, with the Albert Nelson Marquis Lifetime Achievement Award. Ribas, an alumnus of the University of Missouri College of Veterinary Medicine, is a native of Ecuador who came to the United States in 1963 with limited knowledge of English. Upon his arrival, he attended Southwest Baptist University in Bolivar, Missouri, as well as Southwest Missouri State University, now known as Missouri State University, in Springfield, Missouri. After graduation he moved on to the MU College of Veterinary Medicine, where he earned a doctorate in 1971.

Now residing in Gaithersburg, Maryland, Ribas was honored by the Marquis Who’s Who organization for his numerous accomplishments in the fields of medical science, business, and community activism. Some of his most significant imprints on the medical community were his efforts in planning and implementing congressionally mandated programs for Gulf War Syndrome, drug addiction in Vietnam Veterans, and HIV infection and AIDS. He has served as the president of multiple healthcare and nonprofit organizations, and co-founded and was named the first president of the Mid Atlantic Hispanic Chamber of Commerce.