Former MU College of Veterinary Medicine Dean Robert F. (Bob) Kahrs passed away on Oct. 28, 2021, in Colfax, North Carolina, at the age of 91.

A celebration of life service will be held in December for family members.

He was born on Long Island and spent his boyhood in Lynbrook, New York. He graduated from Malverne High School in 1948, where he played football, basketball and ran track. During summers he worked on farms in Connecticut, Pennsylvania, and upstate New York.

Dr. Kahrs attended Cornell University where he earned a doctor of veterinary medicine degree in 1954. He also ran for the university’s track team. While at Cornell he met Evelyn Payne in a dormitory kitchen where they both worked. They married in 1953.

After practicing veterinary medicine for a year in Interlaken, New York and six years in Attica, New York, he returned to Cornell to teach and study bovine vaccines. He received a PhD degree in 1965 and remained at Cornell teaching infectious diseases to veterinary students and farm animal health to agricultural students. He also served as associate dean and director of veterinary admissions. While there, he served on the Dryden Central School Board of Education, which his four children attended.

In 1977, he was recruited to the University of Florida Veterinary College to chair the Department of Preventive Medicine. Then in 1982 he and Evelyn moved to Columbia, Missouri, where he became dean of veterinary medicine at MU. In this role he oversaw the rebuilding of the college, aided in part by publicity generated by the mule team, Hillda and Louise, which he acquired to promote the college and university.

In 1992 he was hired by the U.S. Department of Agriculture as an international trade negotiator and director of the International Center for Import and Export. Upon retirement from the government, he worked for two years as part-time director of international programs for the American Association of Veterinary Medical Colleges while residing in St. Augustine, Florida. The Kahrs subsequently moved to River Landing at Sandy Ridge in Colfax, North Carolina.

He is the author of several books including, “Viral Diseases of Cattle,” “Global Livestock Health,” “Mastering Scientific Writing,” “The Highway to Writing Success,” “So You Want to Be a Veterinarian,” and an autobiography, “The Versatile Veterinarian.”

He was predeceased by his parents, John and Helen, his sister, Aline Halye and her husband, Marvin, and his brother, John and his wife, Dorothy. He is survived by his loving wife of 68 years, Evelyn, their four children, David, Carole (Dan Margolis), Cindy (Kelly Ross), and Liz (Chuck Friedrich), along with grandchildren, Jordon (Danielle) Kierston, Andrew and Scott Friedrich, Drew and AJ Margolis, two great grandchildren, Hannah and Rebecca Kahrs, and many nieces, nephews and cousins. 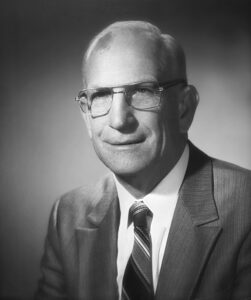