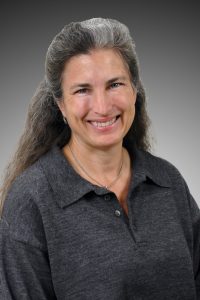 This award is the highest honor the VECCS presents, and is given annually to an individual who has demonstrated extraordinary commitment and exceptional contribution to the specialty of emergency and critical care, as well as to the VECCS. The award is named after Ira M. Zaslow, one of the founding fathers of the VECCS and the ACVECC.

Kerl has served in many positions for the VECCS, including member-at-large on the board of directors, president-elect, president and past-president. She also served on the American College of Veterinary Emergency and Critical Care board of regents as vice-president, where she also led the ACVECC Scientific Program Committee. Kerl has been a member on the editorial board of the Journal of Emergency and Critical Care since 2004, and currently serves as an assistant editor. She has also been a member of the National Veterinary Response Team since 2007 and has been the regional medical director for Veterinary Centers of America since 2017 and regional operations director since 2020.

A press release from the VECCS stated, “Dr. Kerl has dedicated invaluable hours as a member of the ACVECC Examination Committee, further demonstrating her passion for mentoring, training and certifying the next generation of veterinary leaders and colleagues.”