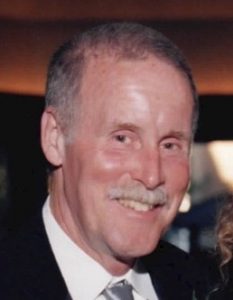 Larry Paul Thornburg, 72, who taught veterinary pathology at the University of Missouri College of Veterinary Medicine, died Sunday, Sept. 29, 2019, at his Columbia, Missouri, home surrounded by his family. He succumbed to complications of progressive supranuclear palsy, a rare neurological disease.

A memorial service will be held at 11 a.m. on Saturday, Oct. 5, at Missouri United Methodist Church.

He was born Dec. 23, 1946, in Tulsa, Oklahoma, to Paul and Melvine Thornburg. He grew up in Texas and was recruited out of high school to play football for Texas A&M University. He distinguished himself as a veterinary student with acclamations and awards and received a doctorate of veterinary medicine in 1970. He went on to the University of North Carolina, where he earned a doctorate in histochemistry in 1974. In Chapel Hill, he met his wife, Frances, and her two young daughters, Lisa and Havan.

Thornburg accepted a position as a veterinary pathologist at the CVM. During his time at the university, he found satisfaction and joy in the challenges and curiosities of research and in sharing his passion with students who passed through his classroom.

He devoted himself to his family, planted and nurtured trees on his land and built his home of 35 years. Soccer became his passion when his children Kate and Benjamin were young, and he went on to coach players of all ages.

He is survived by his wife of 47 years, Frances; four children and their spouses, Lisa and Kevin Hennessy, Havan and Zach Rodeman, Kate and Dave Metzger, and Benjamin and Tarah Thornburg; siblings, Janet and Keith Thornburg; and seven grandchildren, Madison Mitchell-Pearson and her husband, Jonathan, Avery and Liam Mitchell, Sully and Arlo Rodeman, and Elsie and Mabel Metzger.

The family has requested in lieu of flowers, please give someone a hug.