Since 2007, World Rabies Day has been observed every Sept. 28. This year, MU’s College of Veterinary Medicine will join this year’s commemoration with a low-cost rabies vaccine clinic.

“Every year, the Global Alliance for Rabies Control (GARC) promotes different partners to celebrate World Rabies Day,” says Alisa Hutchison, DVM, a clinical instructor in the MU Veterinary Health Center’s Community Practice and Shelter Medicine services. “We wanted to help the GARC publicize rabies education and awareness, and their goal of eradicating rabies by 2030. I chose to do a low-cost rabies vaccine clinic at the Veterinary Health Center as our event for World Rabies Day.

“Working in community practice, my specific role is to encourage and administer preventive care, and that is often in the form of vaccines. The reason we vaccinate animals for rabies is not only to protect our pets, but also to protect people,” Hutchison says. “I have a passion for humane education, and I’m working on a master’s of public health degree, so organizing an event in our community seemed like a good way to bring of all those things together.”

“We will host the vaccine clinic from 9:30 a.m. to 4:30 p.m. on Friday, Sept. 28,” says Hutchison, a certified rabies educator. “A brief exam and a one-year rabies vaccine, including rabies tag and certificate, will be only $26. We will offer advance flexible scheduling. Please call to schedule an appointment at (573) 882-7821.”

Rabies may seem like a contagion from a bygone era, but a Delaware woman died of rabies in August, the second rabies death in the U.S. this year. Missouri recorded deaths due to rabies in 2008 and 2014. Six domestically acquired cases of rabies were reported in Missouri between 2008-2011. While the days of rabid dogs roaming the countryside are largely gone in America, diseased wild animals — primarily bats, skunks, raccoons and foxes — can still infect people and domesticated animals in rural areas. The Delaware Division of Public Health had nine confirmed cases of rabies in animals this year, including a dog, a cat and a horse. In the Americas, bat bites are the most common source of rabies infections in humans.

“I think that, in our first-world environment, there are a lot of things people don’t know about rabies,” Hutchison says. “We want everybody to see the importance of vaccinating their pets for rabies, but they also need to know how to take care of themselves if an animal bites them. That’s the goal.

“We’ll be able to schedule every 15 to 20 minutes, so there will be plenty of appointment slots available,” Hutchison says. “Attendees will check in at the Veterinary Health Center front desk in Clydesdale Hall, and then be taken to an exam room, where the animal will get a brief exam, a rabies vaccination and some education tools to take home. The exam is a quick one to determine that the animal is healthy enough to receive the vaccine, and then we move on from there. If a longer exam is needed, that will have to be scheduled for a later date.”

Rabies is a viral disease that causes inflammation of the brain in humans and other mammals. Rabies is spread when an infected animal scratches or bites another animal or human. An infected animal can also transmit rabies if its saliva comes into contact with the eyes, mouth, or nose of another mammal.

The rabies virus travels to the brain by following the peripheral nerves. The disease can be diagnosed only after the start of symptoms, which usually begin with fever and tingling at the site of exposure. Further symptoms can include violent movements, agitation, confusion and fear of water. Later, patients exhibit an inability to move parts of the body, followed by a loss of consciousness. Once symptoms appear, the result is nearly always death. Only six people have survived a rabies infection after showing symptoms.

The time between contracting the disease and the start of symptoms is usually one to three months; however, this period can vary from less than one week to more than one year, depending on the distance the virus must travel along nerves to reach the central nervous system.

Rabies is present in more than 150 countries and on every continent but Antarctica. Vaccination and animal control programs have decreased the risk of rabies in a number of regions of the world. Still, in 2015, rabies caused about 17,400 human deaths worldwide. More than 95 percent of those deaths occurred in Africa and Asia; about 40 percent of those deaths were children younger than 15.

Louis Pasteur, the renowned French biologist, microbiologist and chemist, developed the first successful rabies vaccine in 1885. According to the U.S. Centers for Disease Control, the most effective way to prevent rabies in people is to vaccinate dogs. 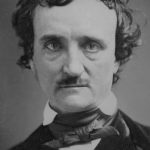 We’ve all heard the stories about the death of American writer Edgar Allan Poe. A hopeless alcoholic, Poe died at age 40, drunk in a gutter in Baltimore, a victim of his debauched lifestyle. Those legends abound, and they are apocryphal. Poe likely died of rabies. Poe had been seen in a bar on Lombard […]